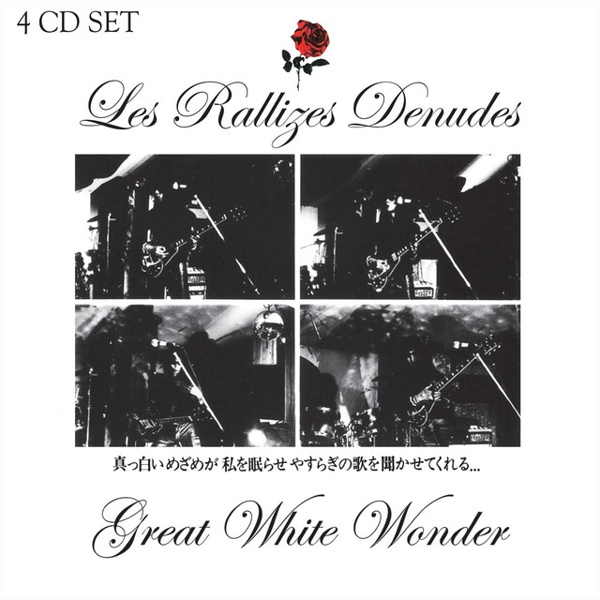 Les Rallizes Dénudés (裸のラリーズ, Hadaka no Rallizes) were a Japanese rock band formed in 1967 at Kyoto University. The band's name comes from a corruption of French: valises dénudées (empty luggages) which was derived from a fake french slang invented with the theatrical group Gendai Gekijo. The band's style is typified by simple, repetitious instrumental passages, shrieking, cacophonous guitar feedback and folk arrangement. Their discography is made up mostly of live bootlegs, soundboard archives and even a few rare aborted studio recording attempts as they have never officially released any of their own material, although there are archive releases on independent labels such as Univive, Rivista, Phoenix and Bamboo.