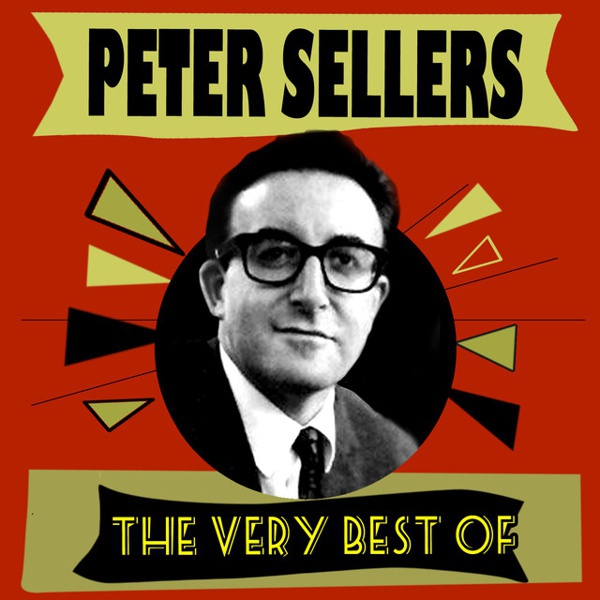 Peter Sellers, CBE (born Richard Henry Sellers; 8 September 1925 – 24 July 1980) was an English film actor, comedian, and singer. He performed in the BBC Radio comedy series The Goon Show, featured on a number of hit comic songs, and became known to a worldwide audience through his many film roles, among them Chief Inspector Clouseau in The Pink Panther series of films.

Born in Portsmouth to a theatrical family, Sellers made his stage debut at the Kings Theatre, Southsea, when he was two weeks old. He began accompanying his parents in a variety act that toured the provincial theatres. He first worked as a drummer and toured around England as a member of the Entertainments National Service Association (ENSA). He developed his mimicry and improvisational skills during a spell in Ralph Reader's wartime Gang Show entertainment troupe, which toured Britain and the Far East. After the war, Sellers made his radio debut in ShowTime, and eventually became a regular performer on various BBC radio shows. During the early 1950s, Sellers, along with Spike Milligan, Harry Secombe, and Michael Bentine, took part in the successful radio series The Goon Show, which ended in 1960.

Sellers began his film career during the 1950s. Although the bulk of his work was comedic, often parodying characters of authority such as military officers or policemen, he also performed in other film genres and roles. Films demonstrating his artistic range include I'm All Right Jack (1959), Stanley Kubrick's Lolita (1962) and Dr. Strangelove (1964), What's New, Pussycat? (1965), Casino Royale (1967), The Party (1968), Being There (1979), and five films of the Pink Panther series (1963–78). Sellers' versatility enabled him to portray a wide range of comic characters using different accents and guises, and he often assumed multiple roles within the same film, frequently with contrasting temperaments and styles. Satire and black humour were major features of many of his films, and his performances had a strong influence on a number of later comedians. Sellers was nominated three times for an Academy Award, twice for the Academy Award for Best Actor, for his performances in Dr. Strangelove and Being There, and once for the Academy Award for Best Live Action Short Film for The Running Jumping & Standing Still Film (1959). He won the BAFTA Award for Best Actor in a Leading Role twice, for I'm All Right Jack and for the original Pink Panther film, The Pink Panther (1963) and was nominated as Best Actor three times. In 1980 he won the Golden Globe Award for Best Actor – Motion Picture Musical or Comedy for his role in Being There, and was previously nominated three times in the same category. Turner Classic Movies calls Sellers "one of the most accomplished comic actors of the late 20th century".

In his personal life, Sellers struggled with depression and insecurities. An enigmatic figure, he often claimed to have no identity outside the roles that he played. His behaviour was often erratic and compulsive, and he frequently clashed with his directors and co-stars, especially in the mid-1970s when his physical and mental health, together with his alcohol and drug problems, were at their worst. Sellers was married four times, and had three children from his first two marriages. He died from a heart attack aged 54, in 1980. English filmmakers the Boulting brothers described Sellers as "the greatest comic genius this country has produced since Charles Chaplin".