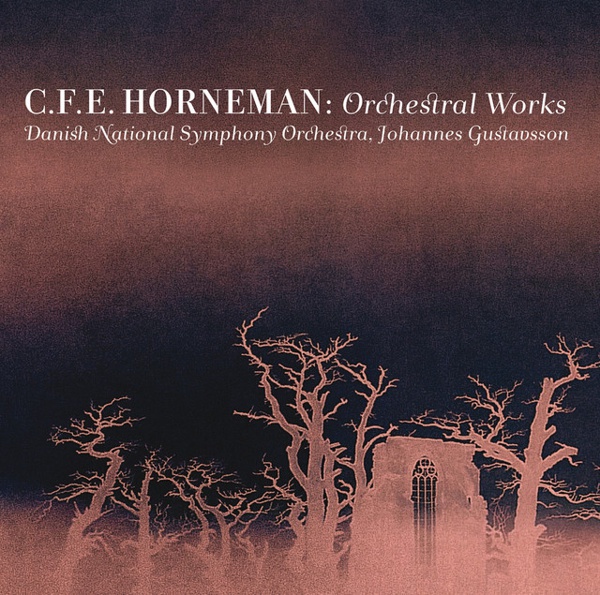 Son of the composer Emil Horneman, C. F. E. Horneman studied at the Leipzig Conservatory with Ignaz Moscheles, Ernst Friedrich Richter, Moritz Hauptmann, and Julius Rietz. After his return to Denmark he composed divertimenti and opera fantasies and began work on the opera Aladdin, the composition of which occupied him for more than twenty years. The overture, completed in 1864, is Horneman's best known work, along with the four-movement suite drawn from incidental music for the Holger Drachmann drama Gurre (also the basis for Arnold Schoenberg's Gurrelieder).

With Gottfred Matthison-Hansen, Edvard Grieg, and others he founded in 1865 the music institute Euterpe to encourage newer Danish music. This was in reaction to the Music Society (Musikforeningen), which was controlled by Niels Wilhelm Gade and JPE Hartmann and was regarded by the younger composers as too conservative. Horneman conducted the organization's concerts.

During a trip to Germany in 1867 he wrote his Ouverture héroïque and led a performance of his Aladdin Overture at the Leipzig Gewandhaus.

In 1874, after the dissolution of Euterpe, he founded with Otto Malling the Koncertforeningen (Concert Association) and in 1879 the Copenhagen music conservatory that bore his name until its closing in 1920.